Covid 19 Update: Due to travel restrictions arising from the pandemic, the Dox Foundation has temporarily suspended travel grants. We will resume providing grants when the situation improves. We thank you for all you do to help those in need.
Propose a Trip 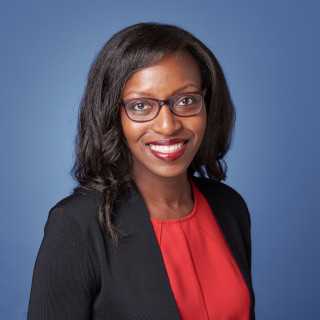 Assessment and Instruction of Psychiatry in Ghana

Ghana has a population of approximately 28 million people, yet the country has only about 30 psychiatrists, up from 11 psychiatrists in 2011. This project was planned as a 4-week experience at two sites where (a) the current state of psychiatric services would be assessed through observation and interview with clinical staff and (b) instruction given to providers in areas of need. Two-thirds of the time would be spent at the Accra Psychiatric Hospital. One-third of the time would be spent at the Navrongo War Memorial Hospital, which had a particular need for a psychiatrist due to the fact that a psychiatrist may come to the region only once or twice a year to offer direct supervision. Consultation was to be provided to mental health nurses on alcohol and tramadol addiction, and instruction of staff in treatment modalities including motivational interviewing, medication, and starting community Alcoholics Anonymous groups.

The goals of this project were to (1) educate mid-level providers because they are the professionals who offer a majority of psychiatric care in the country, with limited supervision and (2) help institute sustainable addiction treatment programs. In doing so, I thought that many individuals with psychiatric illness at the time of my visit, and in years to come, would receive more effective treatment, because their provider would be more thoroughly trained and more programs would become available.

The expected outcome is that a number of clinicians will be trained in new treatment modalities thereby providing improved treatment to an exponential number of patients in the years to come. It is also expected that clinicians will share their knowledge with other clinicians. To my knowledge, this is the first time a psychiatrist from Mount Sinai Hospital, New York, will be working with the mental health system in Ghana. However, our institution has a Global Mental Health Program in other parts of Africa with a track record of yearly site visits and offering telepsychiatry supervision of mental health nurses. The Global Mental Health Program also has an ongoing partnership with the Department of Medicine. It is possible that an ongoing partnership could be forged though this project.

I am planning a career in health policy. Exposure to international mental health practices will give me the opportunity to learn about policies and treatment that may be implemented in the United States to improve our mental health system.

The Accra Psychiatric Hospital has an outpatient department, inpatient wards divided by gender, electroconvulsive therapy (ECT), and psychology services. Most of my time was spent with the attending and resident physicians in the outpatient department. Each day, I walked through a large outdoor waiting room filled with at least 30 patients by 9 AM, to the examination room where patients were seen by the clinician. What was most striking was the volume of patients seen by the physicians for medication management within a typical six-hour period. The doctors would evaluate, on average, 20-25 patients per day, although at times it could be as many as 30-40 patients. Many visits lasted five to seven minutes, yet at times it would last 15-30 minutes, if necessary. Intakes consumed 60-90 minutes. The longer visits typically occurred when significant psychoeducation was being provided to the patient and their family, or there had been a significant interval change in the patient’s condition. There seemed to be no rush, and whatever time the patient needed was provided. The efficiency was impressive and I believe that in part it was due, paradoxically, to the use of paper charts.
Most of the patients seen had bipolar disorder, schizophrenia, substance use disorder, and epilepsy. Most patients were accompanied by a family member or friend. As the days progressed, I participated more in clinical interviews and offered my opinion on diagnosis or alteration of medication regimen. Despite the astute observations and diagnosis by the doctors, the biggest challenge was the inability to access medications, either because medications were out of stock, the patient could not afford it, or it could not be provided to inpatients because the hospital could not afford it. Towards the end of my stay, I gave a presentation on motivational interviewing to physicians, psychologists, and nurses because several clinicians had discussed with me the burgeoning substance abuse problem and the lack of robust services to address this problem at this time.

At the Navrongo War Memorial Hospital I had a much more active role in direct patient care, perhaps because I was the only psychiatrist that had visited their facility in over one year. The hospital is in the Northern region of Ghana where there is no practicing psychiatrist; therefore, all of the mental health care is delivered by mental health nurses and community mental health officers. A psychiatrist should visit the various districts in the region approximately every 6 months to provide supervision, but this is not always feasible. During my time there, I reviewed their treatment protocols, and gave lectures on Psychiatric Emergencies to the entire medical staff. I also gave a lecture on motivational interviewing to the team of mental health nurses. Additionally, I evaluated patients with nurses, supervising them on their assessment and plan. On one particular day, several of the more complex patients were scheduled to come in so I could evaluate them with the remainder of the team. Alcohol and Tramadol addiction are growing problems in the country. In 2017 the team tried to organize an educational group on alcoholism, however only 1-2 patients attended sporadically. We recognized at this time that establishing an Alcoholics Anonymous (AA) group might be futile. However, I left them with some AA literature, in addition to other medical equipment and books.
Although I provided instruction, I also learned a quite a lot from this experience. Psychiatric care there was delivered as a community mental health model, where many patients are visited in their homes because of the limited understanding and stigma of psychiatric illness. One day we made rounds at a prayer camp to see if there were any individuals who would benefit from psychiatric services. There were no cases that day, but during the visit I sat under a tree where two years before it was not uncommon to find a psychotic or agitated person chained to the tree. Several years of outreach work by the nurses has resulted in the camp leaders better recognizing psychiatric illness and contacting the hospital nurses, as opposed to locking someone in chains for an extended period of time. However, despite the best efforts of the team, there were still a number of patients whom we visited whose families would not allow us to take them to a hospital for more intense treatment, or who threatened to put their relative in chains if their psychotic symptoms worsened. I was impressed with the skill of the nurses fostered by the autonomy they had. After this first visit I hope that I and other physicians, whether in the US or other regions of Ghana, are able to continue to support the nurses in this region, either directly or via telemedicine.