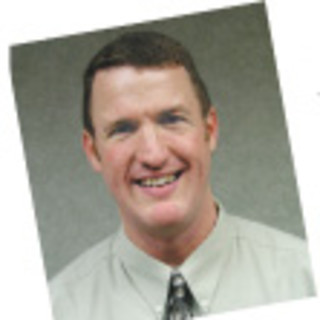 I will be traveling with Bridges of Hope International to Guatemala. There we have a clinic organized in Mixco a small urban community in the northern part of Guatemala City. This underserved community now has short term diagnosis and treatment available as well as long term follow up through our partnering with the local Centro de salud. Many of the patients are elderly or young mothers who have difficulty traveling and so we go to their neighborhood. There we have also partnered with a community support group from Guatemala City that helps run the clinic as well as providing food and refreshment for those waiting.

Mixco is a small urban community in the northern part of Guatemala City. It’s population is impoverished but frequently overlooked as most mission groups avoid these areas which are considered higher crime especially to foreigners. Years of visits and work have forged friendships with the people of this and other areas of Guatemala allowing us to work in this area unmolested.

We have medical students from Guatemala and doctors from El Salvador and Guatemala who participate with us. The hope being that the students and doctors will remain interested in serving in these areas. We have seen success as we have included the Centros de salud aligning our treatment and pharmacy to that which they will use in follow up.

January 19th, 2019 a small group of volunteers gathered in Guatemala City to begin a week of service. This group included 7 nursing students from the University of South Dakota along with 3 nurses, 2 doctors from El Salvador, a few humanitarian volunteers and 1 pediatric cardiologist from Kentucky. Our service was aimed at the small inner city community of Belén in the municipality of Mixco. Each year there are many hard working and dedicated groups from the US that travel to Guatemala for medical and humanitarian service missions. The vast majority however quickly leave Guatemala City to the surrounding rural areas drawn by the evident poverty and beautiful landscapes for which the mountains of Guatemala are well known. Because of the concern for gang violence and crime, the impoverished communities within the city itself have typically been passed over by outside service organizations. Fortunately our group was assisted by leaders who not only know the community in which we work but are residents of the neighborhood. We have a partner group from the area “Muni Mixco”. These amazing volunteers provide the infrastructure of our clinic and even more important they spread the word to the community and assist in organizing the logistics and even manning the reading eyeglass clinic and triage center. Through their efforts we were able to distribute over 1000 pairs of reading glasses, and see over 600 patients in the medical clinic. Those are the numbers but the impact of the trip was in the individual interactions between those of us that came and the people that we met. One nursing student expressed her amazement that someone with so little could be so happy after a visit to the home of one of the patients family. She found dirt floors and an open fire pit within the sheet metal walled single room home populated by an extended family of 6 persons along with their multiple livestock (which live inside as this is the inner city). Though the visit helped to explain the difficulty we see in personal health with poor food, unclean water, smoke and animal detritus, the spirits of the inhabitants of that home were vibrant and beautiful. The humanitarian portion of our group provided water filtration systems and food distribution to many of these homes. The limited resources were allocated by the Volunteers from Muni Mixco. One of the nurses was particularly touched when he was setting up a water filtration system and the volunteer he was working with pointed out his own home right next door to where they were working. The volunteer had organized our efforts for those who lived all around his home excluding himself and his family because his neighbors were “very poor”. My work in Guatemala has been life changing. The two young doctors from El Salvador have become friends and colleagues. Working together, they have mentored me as I learned what it is to serve and treat the unique circumstances surrounding the ailments that our population suffers from. Though the disease processes are common, diabetes, hypertension, GI complaints etc, the living environments and lack of resources make the meaningful treatment of these infirmities a difficult task. My naive assumption when I first started years ago working in Guatemala was that I would be a great asset to those I met. The truth is that, in the balance, the greatest recipient from my service is me. My collection of treasures includes smiles, hugs, and kisses, along with letters of thanks from patients who spent a great deal of time and effort translating their thoughts into English. So for those who have been considering participating in Medical service missions my advice is quit considering and go. The only danger is that, like me, you may fall in love with the people and the work