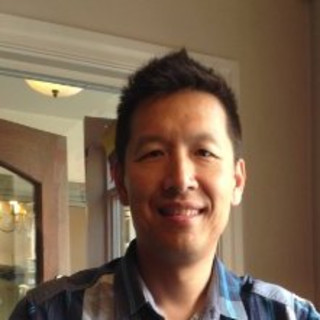 Medical missions to the Quechua people of Peru

The Quechua people of Andahuaylillas, Peru are an impoverished indigenous group who lack may basic essentials of living and proper medical care. They are self substinent farmers who rely on potato crops and quinoa as staples of their diet. Their crops have been over-farmed in the past, leading to a host of malnutrition and other health conditions. Moreover, they have also been a persecuted minority in Peru, especially in recent past governments.

We hope to treat a host of medical conditions ranging from minor rashes to tropical diseases or other health conditions. More importantly, education is the basis for health promotion and disease prevention. We hope to educate them on basic hygiene, give them simple yet important medical knowledge such as the prevention of STDs and birth control/overpopulation. In addition, we hope to leave an ample supply of medications such as antibiotics and other health supplies for ongoing use through personal donations from each member of the group.

Peru is a nation filled with beautiful landscapes and native cultures - we came upon this region outside Cusco, the ancient capital of the Incan civilization, not as centuries before when the Spaniards arrived seeking conquest and conversion, but as a group of medical volunteers, seeking to understand and serve the medical needs of the local peoples.

To best accomplish this task, our dedicated group comprised of nursing staff, family medicine residents/attendings, a pediatrician, a physical therapist and a medical student, set out to make a lasting impact upon the region of Andajualyllilas with lofty goals, bringing with us 12 duffel bags filled with medications, eyeglasses and other medical supplies.

We came to understand the richness of the culture, language and food but also the wide disparities that existed between the native speaking Quechua people compared to the rest of the population. Nevertheless, unlike other poverty-stricken areas, they continued to practice long proven cultivation methods, supplying enough food resources for most and avoiding malnutrition by embracing Mother Earth or "Pacha-mamma", keeping the land fertile without the influence of modern forces.

While we planed meticulously prior to the trip to gather an abundance of medications such as antibiotics, anti-hypertensives and diabetics medications, what we quickly realized was that the daily physicality of the local people's laborious work in the fields and farms, their medical needs reflected their lifestyles, much dissimilar to our own.

We ran a local walk-in type clinic at a newly built medical office building in town, averaging a hundred patients daily. The most common complaints were musculoskeletal in nature such as back pain, osteoarthritis of small/large joints, GI disorders such as dyspepsia/GERD and visual disorders such as eye irritation/redness, pterygia, pingueculae, cataracts.

These disorders reflected their daily lifestyles working in the fields, the gastritis-prone diets and their constant exposure to the sun without wearing hats or eye protective sunglasses. There was also an undercurrent of anxiety and stress, much like in the modern world. What was different though, was not stress associated with lack of money or job related stress, but stress common among the women, arising from a high prevalence of domestic abuse and violence, one of the highest in Latin America.

On alternate days, we changed gears and packed our duffel bags to run health fairs in even more rural and medically under-served areas of the region, including doing home visits to the elderly and the home-bound. These trips demonstrated the hardships and endurance of those that lived in extreme poverty but yet could still appreciate the richness of life and manage with what little they had. Many had experienced fractures in extremities that were left to heal without proper medical care or severe arthritis, leaving them in constant pain with poor mobility.

What struck me most was an elderly women who basically lived in a home with a yard that doubled as a pig sty. She was left alone all day, except once or twice daily when her son would come home from work to check on her briefly and to bring her some food/water. I also experienced deep emotions upon seeing another elderly woman who I saw walking in town, hunched over almost 90 degrees in kyphosis. We later paid her a home visit and realized she could stand up almost fully erect if not for the crude stick that functioned as her cane but was clearly too short in length for her height. There were no canes or walkers to be found locally but I was able to secure an adjustable trekking pole with a candy grip that enabled her walk more erect with much improved ergonomics.

Through these experiences and more, I came to the realization that although we were able for the most part to help the physical needs of the patients we saw, the cure was not necessarily a bagful of medications. It amounted to first understanding the culture, then drawing upon that knowledge to show care, concern and love, all within the context of their lifestyles and surroundings.

It would also amount to basic education such as proper ergonomics, back education and eye protection or dietary guidance that would provide long term impact. What we took for granted as "common sense" knowledge could not be implied in this people, especially among the uneducated rural population. Not unlike the basic tenets of our Kaiser Permanente medical group in prioritizing preventative health, such was also the case when addressing the medical needs of this region.

I wish to thank the Doximity Foundation for your generosity in supporting my first foray into medical missions. I will forever cherish the memories and experiences gathered while serving alongside this dedicated group of medical volunteers to the Andajualyllilas region of Peru. While we were small in numbers, I pray that we were able to make a real difference in the lives of the patients we served, such that each person is able to pay it forward and benefit those around them.