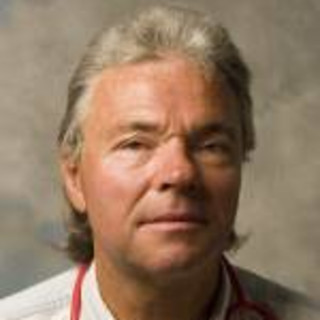 The goal for my project is to continue with my partners to provide ongoing education and hands-on training for neonatal nurses and pediatric residents at St. Paul’s Hospital Millennium Medical College (SPHMC) in Addis Ababa, Ethiopia. We are a small group of neonatal care experts - neonatologists, nurses and respiratory therapists (“Wax and Gold”) - who have been working in Ethiopian hospitals and Medical Schools for many years. We have been involved in the development of a neonatology fellowship curriculum. We also have developed and implemented a curriculum for neonatal advance life support in the delivery room at SPHMMC for nurses and midwives, and have recently graduated the second group of trainees. The curriculum, which includes extensive theoretical as well as hands-on bedside training provided by us, has been accepted by the Ethiopian Ministry of Health. These graduates are now the first Ethiopian providers of advanced neonatal stabilization.

We have also assisted in the upgrade of other services in the delivery ward as well as in the NICU, and have been consulting for the design of a new NICU.

We were asked by the leadership of SPOHMMC to assist in the development of a respiratory care program, which so far does not exist in Ethiopia.

We have developed a locally produced sustainable phototherapy device for treatment of neonatal jaundice, and have recently been awarded a small research grant by SPHMMC to compare the efficacy to commercial much more expensive devices.

Our organization has sent volunteers to SPHMMC over the last 3 years, and at least one of our partners is at SPHMMC for at least 6 months per year. Personally, I have been involved in training programs in several Ethiopian University Hospitals (Addis Ababa, Mekele, Hawassa) for more than 6 years, and for more than 3 years at SPHHMC.

All projects are developed in partnership with our physician and nurse colleagues in Ethiopia.

SPHMMC is one of 13 national public referral hospital, and serves a population of approximately 5 000 000 frequently marginalized and underserved people, both from rural as well as urban areas. It is one of 2 centers of excellence in the country, and is the largest high risk delivery center in Ethiopia with more than 12 000 annual deliveries. The NICU, with an annual admission rate of about 4000 patients, provides care to inborn as well as to outborn patients transferred from home or other hospitals.

SPHMMC also has a large residency program, and neonatal training provided to pediatric residents will be disseminated to other areas in the country.

We hope to continue to improve newborn survival. Over the first 2 follow up periods evaluating the delivery room survival rate of approximately 4000 newborns after the training had been implemented, the death rate in the delivery room has decreased by more than 75 %. We want to provide ongoing training with the goal of enabling the first groups of nurse/midwife trainees to become trainers themselves, therefore making these educational programs more sustainable. We also want to implement similar training methods to improve the care given after admission to the NICU.

We hope to prove the clinical effectiveness of a locally Ethiopian built phototherapy device, which as shown by bench studies should be as effective as much more expensive commercial devices. The goal is to provide cheap yet effective therapy, thus decreasing the need of risky exchange transfusions as well as the risk of neurological damage caused by severe neonatal jaundice.

SPHMMC also has a large residency program, and neonatal training provided to pediatric residents will be disseminated to other areas in the country.

SPHMMC is a large and expanding Public Hospital in the Ethiopian Capital, Addis Ababa, with an attached medical as well as nursing college, and –important from my perspective as a neonatologist- the largest delivery service in Ethiopia with more than 12 000 annual deliveries. As a member of “Wax and Gold” (WAG), a NGO of neonatal nurses, neonatal nurse practitioners and neonatologists dedicated to the improvement of care for neonates from various large medical centers in the US, I have previously worked on a number of occasions at SPHMMC, with the focus of our efforts on nurse training. Previously we have established a teaching curriculum for nurses providing stabilization of critically ill or unstable infants in the delivery room, and two groups of more than 20 nurse and midwives have received extensive theoretical as well as hands–on training. This has led to a decrease of immediate mortality in the delivery room by more than 90%. All these nurses have received a certificate by the SPHMMC education department stating that they now are “Advanced Neonatal Life Support Nurses” (“ALS” nurses) , and the certificate is acknowledged by the Ministry of Health.

A major focus of this visit was to assist in the organization of a one week (November 5 – 9, 2018) “train-the-trainer” program for a group of physicians, nurses and midwives. This course was given by a group of Swedish experts in simulation based training (Ceps Concept for Patient Simulation). The goal was to familiarize the participants with optimal simulation theories and techniques, including the use of detailed debriefing sessions utilizing video recordings of simulated stabilization scenarios. The training was conducted in the simulation laboratory at SPHMMC, with equipment partially donated through “WAG”, partially by the Swedish colleagues, and partially by a Californian Rotary Club. At the end of the training, the participants received certificates, and the plan is for them to use the knowledge gained in helping to train younger providers. I was glad to be informed by the Swedish colleagues that the ALS nurses previously trained have exceeded their expectations, and that they performed as well as nurses from medically more advanced countries during the training.

Another focus was the preparation for the planned move from the old NICU of SPHMMC to the (still under construction) new NICU. Unfortunately the construction progress is considerably behind schedule despite different information given to me prior to my trip, both in the new NICU as well as in the labor & delivery department. I spent quite some time with an NICU nurse from my Californian Hospital assessing the new units for readiness, listing up work that still will need to be done such as the addition of hand washing facilities, communication equipment, storage space etc. We further tried to reinforce the necessity to have a detailed list of new equipment, both for the NICU as well as for the delivery rooms, so that a training program for the nurses in the use of this equipment can be established. Unfortunately there was still a lot of unclarity as to which equipment will be purchased by when and by whom, i.e. by SPHMMC or by foreign donors.. “WAG” had previously provided a recommendation as to the minimally required equipment , taking into consideration training of personnel, availability of funds, availability of trained repair and maintenance technicians etc. During this visit I had numerous meetings with the nursing as well as physician clinical leadership of SPHMMC in this regard, as well as meetings with members of an Italian NGO who also had been approached for help in equipping the ICN. The preparation of the new NICU, and in particular the training of nurses to be able to handle the new equipment, will be an ongoing issue once the equipment as well as the new NICU are available.

Furthermore, I had multiple discussions with the nursing leadership (vice-matron and NICU head nurses) as well as with the provost, the vice provost for clinical affairs and the chair of the Pediatric department about the educational requirements of NICU nurses, the required theoretical as well as clinical training, the length of training and preceptorship, and also the need to guarantee that nurses, once trained to be NICU nurses, should not be transferred to other hospital services as has been the case so far.

In the labor and delivery department (“L&D”), I spent time assisting in several neonatal resuscitations, providing ongoing training for the previously trained advanced life support nurses. I also facilitated the repair of a computer based data entry system in L&D. I also had multiple meetings with the head midwife to discuss issues related to skin-to-skin care, and better support for mothers to provide early breast feeding. We further discussed ways to achieve better cooperation between L&D personnel and ALS nurses.

I am also part of a team of physicians who have applied for and received a grant by SPHMMC to trial an Ethiopian built phototherapy device in a non-inferiority trial comparing it to commercial devices. Presently, we are still awaiting further guidance from the Ministry of Science and Technology (“MOST”). I visited the MOST for that purpose to clarify further steps, but final recommendations are still pending.

I had the bioengineering department formally assess the Ethiopian built devices for electrical and mechanical safety (they passed). Personally, I checked all available devices for phototherapy in regards to their irradiance (and therefore efficacy) with an irradiance meter I brought from the US, and unfortunately found several devices not providing effective phototherapy – yet giving providers the impression that therapy was given.

The phototherapy trial will involve laboratory testing of blood samples for bilirubin. I visited the clinical laboratory at SPHMMC as well as the National Reference Laboratory in Addis Ababa to get information about the need for calibration of laboratory equipment prior to the trial, as well as about details of testing procedures, costs involved for extra testing etc.

I also met with a co-investigator for this study, Dr. Alula, to discuss details of randomization, sample size, exclusion criteria etc, and together we discussed this with a statistician as well.

I gave a “Grand Rounds” presentation in the Pediatric department about the use of CPAP for neonatal respiratory problems.

I then discussed and helped to prepare a teaching program for a group of neonatal nurses and neonatologists who will follow my visit to St. Paul’s Hospital in December.

Unfortunately I spent the last 2 days of my visit sick in bed with a respiratory infection.