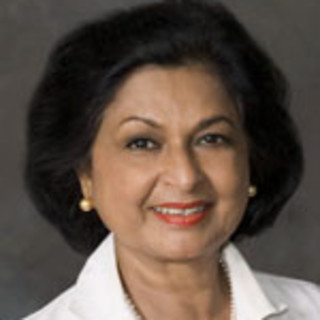 We are a team of 10 American Doctors traveling to Bangladesh Border Refugee camp. Rohingya Muslims from Burma. There is only 1 doctor for 8300 in this camp. The other camps are spread around the border.

We Americans have always come forth for any disasters to humanity, natural causes or by human beings. I cannot be in Army, but being the daughter of POWs, both in WWII, while serving British Army - were in Japanese camps,. I have proven the impact of the people I served, left behind, and will carry on in any way my country (America) will ask me to.

Coming from a country which was founded by refugees, and a daughter of a refugee woman from Burma of Indian origin, had a special purpose and emotions in my heart when I got determined to serve these homeless, country less people in peril at the border of Burma and Bangladesh. “The Rohirgyas” This experiment and services was different than the poor deep in Amazon (Peru), tribes deep in South Africa, remote and heatless locations in Scotland and Wales. In contrast these had PTSD written all over their face. UNICEFF HOPE OBAT, the whole world seemed to be around some 35 camps, the refugees were all Muslims and were shy to open up to strangers.

Camp 4 was located atop a hill. After one and a half hours of jolting and jilting roads, I was proud to run and brisk walk down thirty mud stairs, a bambooed bridge walkway then up approximately 55 steep stairs of mud. (Thank goodness for my years of yoga and weightlifting) waiving my star-spangled flag, was received by the camp authorities. Other doctors were one man and one woman from Bangladesh, four Americans were paramedics and nurses and one Canadian doctor besides us three doctors. Being the past president of 2000 Florida assoc. of physicians of Indian origin FAPI, tucked a FAPI banner behind my chair proudly.

Surprised to see they had an ultrasound machine, pregnancy test kits, hemoglobinometers urine analysis dip sticks and a pharmacy. After a detailed orientation, with these facilities to aid the diagnosis and treatment, we settled down to start the screening of the patients. As an army brat was very easy for me to adapt to the bamboo and mud huts “clinics”. Very clean with a faint bulb hanging from the straw roof, thanks for the fan above. Camp had four septic toilets.

From the first day, the woman patients and the translators within the camp who were volunteering, became quite comfortable with me (probably 48 years of ups and downs in three countries and a little bit a language here and there helped!). As I was fortunate to have a bright young YASEIM, with very good English and writing, asking my permission to call me auntie and of course it was yes, we two formed a system of ten women ands children from the main shed to my little hut. He interviewed and wrote the complaints and I examined and wrote clinical notes, diagnosis and prescribing the medications. As this system worked extremely well between us, following are the diseases and problems I was able to take care of 150 cases.

DETAILS OF THE DISEASES AND COUNTERED AND TREATED

NOTES-
- Many young women were at the age of 27- 30 with 6-8 kids, and still going on.
- Felt immediate need of female doctors for contraception and family education.
- One of the other doctors in our team – Dr. P. Vahora, was mostly involved with the beaurocrats to allow IUD INSERTION IN MULTI GRAVIDAS, as a pilot program.
- I had taken with me approximately 35 instruments needed for three stations for fast IUD insertion. Aim was at least 250 women.

Alas, despite our best efforts of meeting top officials because of strict rules and regulations, could not succeed. There were centers inserting copper T though. We left MIRENA IUDS, my instrument there to be utilized by the doctors there.

Thus, after me treating one hundred and fifty cases, volunteers were sad to let me go. I too had become so accustomed and attached to the tired, fatigued submissive women with several kids from shabby huts. Every day, the little kids, some bare naked would say “Bye-Bye- Bye-Bye”-tens of them by our van as it drove off. Wanting me to stay back and hug them.

Finally waving my flag and wearing an U.S. army cap – bought from a veteran at one of the rest areas stops to Orlando, 20 $ years ago-I departed with content and peace in my heart, to have served as an American, the only non-Muslim. My religion being HUMANITY, SPEAKING THE LANGUAGE OF THE WORLD- PEACE AND LOVE, SPECIALISING IN KNOWLEDGE AND EXPERTISE, I am back to the pavilion – reminiscing unforgettable memories over 28 hrs. of flight back through three countries to Sarasota.