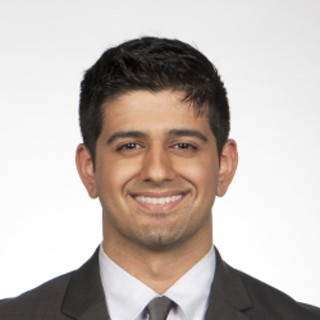 Hi, So I am a Baylor college of medicine internal medicine resident, and I am going to Belize city for a month on global health elective to work on a recognizing sepsis early project .
The purpose of this study is to retrospectively and prospectively examine parameters related to the recognition of sepsisand its subsequent treatment in the Emergency Department (ED) at The Karl Heusner Memorial Hospital Authority. This primary goal of this study will beimplementation of a sepsis screening tool, augmented by chart review before and after tool implementation to assess foreffectiveness. Following the implementation of a sepsis screening tool in triage that alerts providers to potentially septic patients, a retrospective chart review will be conducted to determine the baseline sepsis rates and treatment at KHMHA as well as the effectiveness of the tool on sepsis diagnosis and management.
Specifically, this will include the following, divided into the 12­months prior to tool implementation and the 12­months after tool implementation: 1.The characteristics of patients presenting with sepsis and time from presentation to accuratediagnosis of sepsis and treatment initiation, rate of cultures obtained, ICU admission rates, in­hospital complications,hospital length of stay and overall 30­d mortality. 2.Applicability existing of sepsis screening and prognostic tools to thispatient population. 3.Microbiology of organisms found through routine laboratory cultures, including antimicrobial resistantrates. 4.Appropriate use and availability of antibiotics in the ED.

The burden of sepsis in Belize has not yet been characterized empirically.Existing sepsis data from these regions are sparse, a literature review revealed with some small studies from Haiti but nogeneralizable data on the prevalence of sepsis or existing sepsis screening or treatment patterns. One study showed thatsepsis admissions to ICUs in Brazil have a hospital mortality rate of 55%. The same study found thatalthough antimicrobials are given to all patients, there is a wide variation in antibiotic availability. Belize, which has a lowerGDP than Brazil, would likely show the same or even higher rates of mortality. The Karl Heusner Memorial Hospital Authority (KHMHA) is a government­ sponsored hospital in Belize City that serves as the district hospital as well as the national referral center and has an estimated 25,000 Emergency Department visits annually, one third of whom arepediatric visits. The hospital has requested assistance in describing the epidemiology of sepsis in their population and indeveloping interventions to improve mortality and morbidity through the early recognition and treatment of sepsis in theemergency department.

The ideal expected impact would be 30 day improved mortality from sepsis from the use of the sepsis screening and treatment tools. Long term impact would be that the physicians and hospital staff would be trained to use these new tools, and could continue treatments based on the protocol. In addition this sepsis tool could be further extrapolated, studied and applied to countries that have similar social situations as Belize.

During our trip we actively worked in the Emergency room and in the ICU, actively managing many native Belizeans. In addition we were working on a sepsis recognition project that will impact the future management of all patients presenting to the ER in evaluating for sepsis and appropriate triage.