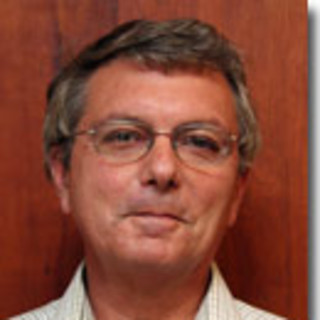 Certain infections that are essentially untreatable have begun to occur as epidemics in the developing world. Appropriate antibiotic use in humans and animals, i.e. antibiotic stewardship (ABS), is one of the cornerstones of the World Health Organization's global action plan for antibiotic resistance (ABR). Africa has few ABS initiatives; Medline search yields only five African ABS citations. The Global Burden of Disease initiative documents that the greatest source of morbidity and mortality (M&M) in Africa continues to be infectious diseases. African clinicians, lacking ABR testing, are most often compelled to blindly treat bacterial infections. This strategy has greatly contributed to the rapid acceleration of ABR across the continent. The enlightened Ugandan Ministry of Health, unlike many other Ministries of Health in Africa, realizes that it must develop a national ABS program. The Ministry does not want an ABS program conceived and implemented by outside consultants; it must be “home-grown”.
Kabale University School of Medicine (KABSOM) in Kabale, Western Region, Uganda was established in 2015 when the university became a public institution. One of six public Ugandan medical schools KABSOM has 39 full-time academic staff. Approximately 110 undergraduates, 50 in medicine and 60 in nursing annually join the university programs at the hospital. As a new medical school with new faculty KABSOM is creating a medical environment open to adopting new methods, unencumbered by long standing ingrained medical practice patterns. This atmosphere of innovation makes KABSOM an ideal site for establishing a “home-grown” ABS initiative. Dr. Ryder’s multiple-year commitment to KABSOM, its spirit of innovation and the permanent on-site presence of a vibrant group of young Uganda clinicians provides “perfect storm” conditions for developing a “home-grown” ABS initiative that can be progressively emulated across Uganda and East Africa.

Uganda, one of the poorest countries with a population of 26 million has a growth rate of 2.5% and a fertility rate of 6.9. 49% of this population live below the poverty line, surviving on less than $1 per day. According to disease burden studies, 75% of the life years of Ugandans are lost to premature death due to preventable diseases. Malaria is responsible for 15.4%, acute respiratory tract infections 10.5% and diarrhea 8.4% of this loss.
Initially the ABS program will benefit the 500,000 inhabitants of Western Region of Uganda who depend primarily for health care at the hospital and clinics served by KABSOM. In Western Region antibiotics, like most regions across Africa, are freely used in a variety of clinical conditions that the caring physician feels might have a bacterial etiology. There is no microbiological identification system in place. A perusal of Medline using search words for bacterial resistance in Uganda yields 103 citations, all of which document increasing antibiotic resistance in the face of increasing use of “shot-gun” strategies of treating infections blindly. In a well-done study in Uganda clinical diagnosis and empiric antibiotic therapy of UTI among pregnant women lead to massive antibiotic misuse, inadvertently rendering the first line of drugs ineffective. In this study 96% of study women were erroneously given antibiotics with a high prevalence of resistance to commonly used antibiotics.
Another Ugandan study involved surgical site infections (SSIs) which are difficult to treat and are associated with substantially longer hospital stay, higher treatment cost, morbidity and mortality, particularly when the etiological agent is multidrug-resistant (MDR). MDR occurred in 78.3% (238/304) of the isolates.

Antimicrobial resistance is an economic as well as a medical problem. Resistant organisms cause infections that are more difficult to treat, requiring drugs that are often less readily available, more expensive and more toxic. In some cases, strains of microbes have become resistant to all available antimicrobial agents.
The problem of antimicrobial resistance is a global one and will require a concerted effort and co-operation among nations. Containment will depend on coordinated interventions that simultaneously target the behavior of providers and patients and change important features of the environment in which they interact, as well as managerial and policy issues. However, responsible use of the available antimicrobial agents is of paramount importance despite the challenges developing countries face. The pilot program suggested in this application will identify local strategies for increasing the responsible use of antibiotics. This program will be developed at KASOM with close input from the Ugandan Ministry of Health in Kampala. Local ownership of the program will be stressed throughout the development process. As we identify the optimal strategy in Kabale, we will progressively expand the "Kabale approach" in the local province with the ultimate goal of working with Ugandan health authorities to promulgate a national program for ABS.

Kabale School of Medicine is the newest medical school in Uganda. During my six-week pre-COVID stay there I worked with Ugandan professors to help establish the curriculum in internal medicine. I also worked wth a group of eight third-year medical students and showed them how to use the medical literature to increase their funds of knowledge. These students were very bright and worked very hard; they were an inspiration to me to see such fine and talented individuals selecting medicine as their chosen career. Medicine is fortunate to attracksuch talent.