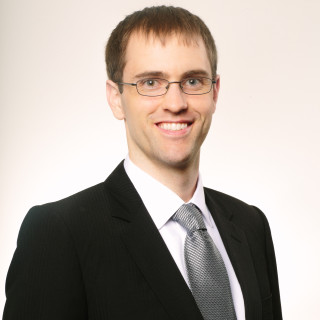 I propose a two-week trip to Kigutu, Burundi to train local physicians and staff at the Village Health Works clinic and hospital. I am an emergency medicine physician with fellowship training in point of care ultrasound. The non-profit has a few new local physicians and is planning to expand its services by opening a district level hospital later this year. I will conduct a series of workshops on point of care ultrasound, serve as an attending on rounds within the hospital, as well as discuss new triage and treatment protocols with hospital leaders. After the ultrasound workshops, I will spend time with local doctors completing hands-on ultrasound exams on clinic and hospital patients.

Ultrasound is the only advanced imaging modality this entire region of Burundi has. Correct diagnosis with ultrasound guides treatment and can often mean the difference between life and death.

Burundi is considered the world’s poorest country based on GDP per capita. The non-profit is currently building a large hospital in a rural village called Kigutu which will serve as a key medical center for the southern half of the country. The current facility provides free medical services including simple deliveries, inpatient services, transfusions, and mental health care. Every morning 150 patients, largely women and children, line up outside the organization’s campus to be seen. From malaria and malnutrition to undiagnosed heart failure and untreated cancers, the medical challenges for local doctors only layer on top of social and economic limitations.

In addition to seeing many patients on rounds and guiding local doctors as an attending, I hope this trip will establish a foundation for skills in ultrasound that will be built upon in the coming year. As the district level hospital opens and the acuity of patients increases, these skills will prove invaluable. Upon returning to the US, I plan to volunteer and teach local clinicians at a global health course hosted by the University of Minnesota and the CDC. The course includes ultrasound and procedural skills relevant to work abroad.

I had an enjoyable trip and loved meeting the clinical teams at the Kigutu Clinic in rural Burundi. During my trip to the Kigutu Clinic, I interacted with two clinical teams. The current clinical staff have two primary tasks in the coming year in order to get ready for the opening of a large district-level facility. The first is to expand their clinical skills as their tasks will include greater amounts of medical complexity. The second task is to build the protocols and systems to allow a more expanded hospital to work safely and efficiency.

I held two days of training with the organization's physicians to review core ultrasound applications including FAST examination and cardiac ultrasound. I then spent time with each of the 8 physicians throughout their clinical schedule and found opportunities to do one-on-one teaching. Even over the short time I was present, one of the doctors began to complete his own examinations, showing me saved images and asking for guidance then on interventions and treatment.

I also spent time with the nursing staff. Traditionally, the physicians do not interact with the labor and delivery wards unless some complication arises. However, this relies on many assumptions and clinical assessment alone often falls short without the use of ultrasound. I completed an ultrasound training to assess for fetal positioning and heart rate. This would allow the nursing staff to know the baby was cephalic and the heart rate in an adequate range. We then practiced multiple times with the whole nursing staff on different pregnant women waiting at the facility for delivery. This was an interesting moment of change for them as they now had the power and tools to make accurate assessments with ultrasound. This training was just the start of a program that will need ongoing support but it was great to see the excitement of the nursing staff as they used modern technology to make bedside clinical assessments.