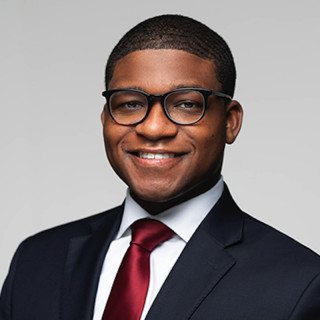 My main goal with this project is to assist with orthopaedic care in Sierra Leone and develop an enhanced appreciation for the needs of Sierra Leoneans. From my understanding, there is a dire need for orthopaedic intervention in Sierra Leone – for everything from chronic osteomyelitis and deformity to acute fractures. By providing an extra set of hands, I hope to help ensure greater access to care and ideally impact more lives for the better. With regard to appreciating the needs of local townspeople, I plan to have daily conversation with people from all walks of life. As someone interested in healthcare disparities, I hope to draw parallels and also acknowledge differences in access to orthopaedic care in Sierra Leone vs other countries, both developed and developing. I believe this project will make a difference because there is a certain power in seeing a US born African-American coming back to Africa to help uplift and empower patients, particularly in a country with ties to slavery. On a political level, though the country has experienced minor gains with increasing participation in democracy, there still remains a significant amount of instability. I think it is important to continue to contribute to efforts such as this in order to create eventual sustainable change.

Sierra Leone is an impoverished country that faces numerous challenges in the political, socioeconomic, and health arenas that was particularly exacerbated after the 11-year civil war from 1991 to 2002. Due to the country being war ravaged, the founder Tim Johnson felt compelled to help with resources – mainly through free healthcare, starting in 2003. He has been visiting the country for up to 6 months a year ensuring that he continues to provide healthcare for as many Sierra Leoneans as possible. Sierra Leone, at one point, was designated as one of the least livable countries in the world at one point. As of 2021, the human development index (HDI), a composite measure of longevity, education, and income, is 0.477, which is well below the world average of 0.732 and within the low category, which is less than 0.550. From my understanding, much of our focus will be in Freetown, a coastal capital and major hub for the country. There is potential for great impact in Freetown as Sierra Leone seeks to continually improve, but on this journey, there will be hiccups. As recently as this past August, protests against the rising costs of living broke out leading to the death of 25 civilians and 6 police officers. This country is still very much a work in progress, and I believe that the assistance of organizations such as Africa Surgery, Inc. will be essential.

My hope from this experience is to become a better advocate for addressing musculoskeletal health disparities and to also eventually create a pipeline from my residency program for my colleagues to also participate. I have extensive experience as an advocate. Having led as Political Advocacy Liaison for the Student National Medical Association (SNMA), I provided information on new and proposed health policies, encouraged debate, and held programs to engage members in advocacy. I also served as Research Fellow in the Health Care for All Scholars Program through the American Medical Student Association (AMSA) which consisted of educational didactics as well as the design of my own project addressing access to healthcare. More recently, I was able to contribute to the American Academy of Orthopaedic Surgeons’ health policy committee where I was able to publish an article on the role of big data in orthopaedics, which I believe can be employed as a tool to make significant gains in musculoskeletal health equity. I currently train at a hospital that is over 70% Medicaid patients, so I am exposed to the needs of underserved populations on a daily basis. More than a job, it is somewhat of a life mission to work with such patients. I would be the first in my residency program to work with Africa Surgery, Inc, and I believe that I could potentially help establish a future pipeline for other residents interested in global health and underserved populations to contribute.

My time in Sierra Leone allowed me to impact many patients through orthopaedic surgery, but it also re-illuminated the pure joy I had for the practice of being a clinician. From my first day in Sierra Leone, I saw that resources were limited; however, morale remained high – from treating fracture non-unions to infections, no matter the difficulty, I was surrounded by a team that had one goal – treat as many patients as possible while at the same time holding ourselves to the guidance of the Hippocratic oath. These patients were kids, mothers, fathers, local employees, all people who simply sought to return to their normal livelihoods, or somewhere near. Seeing the gratitude that they had for finally addressing concerns that for some had been going on nearly a year was an incredible feeling. As a resident who often works long hours and can sometimes be bogged down by administrative tasks and the less personal aspects of medicine, this trip reminded me that at the end of the day, our job as clinicians is to offer the best care possible to those in need. I believe we met that task. I formed great bonds with the medical team who traveled down to Sierra Leone. My hope is to one day come back and eventually contribute to an even stronger pipeline to continue to provide compassionate, well-needed musculoskeletal care. Doximity played a huge role in making this possible, and for that, I am eternally grateful.